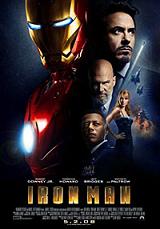 Back in the 80s and early 90s, I was a fan and collector of Iron Man comic books. By the late 90s, the writers were doing some really strange stuff with Tony Stark and I lost interest in the stories. But this movie. . . this movie makes me love Iron Man again. I think this movie will bring non-comic-fans to know Tony Stark like the original Spider-Man movie brought Peter Parker to the mainstream consciousness of the general public.

If the movie-goer didn’t know Iron Man was a comic book, they’d see this movie as pure science fiction rather than a super hero tale. You don’t need to know anything about the comic book to get into this movie story. This movie stays pretty true to the comic book origins for Iron Man, but updates the setting to the modern-day. The writers did an excellent job with this updating, and I am very pleased with the result — this movie is great.

We see Tony Stark, the billionaire playboy industrialist weapon designer become the billionaire defender/avenger. We see his near-death experience — which literally “scars” him for life — and his obsession with perfecting the armor he first created out of scraps from high-tech weapons. The movie takes us through the Mark I, II, and III armors so well that the advancement feels perfectly smooth and logical.

The writing is great, the acting is great, the special effects are superb, and they all come together to make a truly fantastic movie. I’ve been excited to see the movie since the first teaser trailers started coming out last year, but to be honest, I had my doubts as to whether it would actually be good. I so love it when my fears are so thoroughly wiped away.

For me, this movie is on the high-quality level of Transformers from last year. I’d even go so far as to say this movie is better because the writing, plot, and story are tighter. It’s just a damn good movie. I’ll see it again in the theater.

There is an extra scene at the end of the credits, and for comic book fans, it’s definitely worth staying to see.

One Response to Iron Man